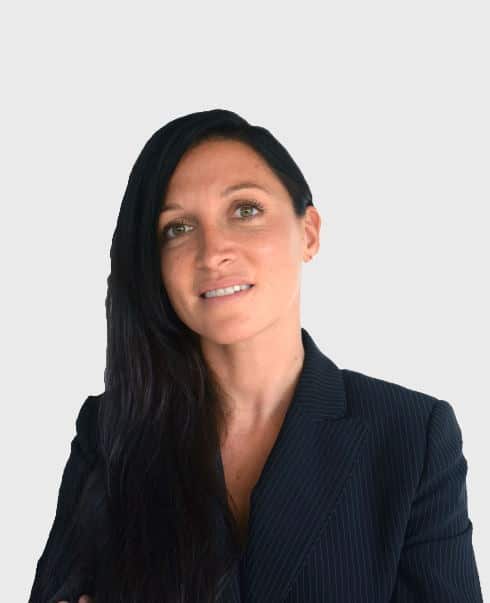 After a successful civilian and military legal career, Natanyah Ganz left active duty in the U.S. Army JAG Corps as a Major. However, she continued fighting for and protecting service members by opening her own criminal defense practice in Honolulu, Hawaii. Ms. Ganz then merged her practice with that of Colonel (Ret.) Mark Bridges, a prestigious and highly-respected former Chief Trial Judge of the United States Army. Her civilian military law practice continues to be focused on defending service members in criminal and administrative actions to include: court martials, court martial appeals, discharge upgrades, records correction, enlisted administrative separations, officer eliminations, General Officer Letters of Reprimand (GOMOR) rebuttals, non-judicial punishment, and military investigations.

Ms. Ganz graduated at the top of her law school class from Georgetown University Law Center in 2008. Her successful performance during law school earned her the coveted and competitive junior associated position in “Big Law” at a large global corporate defense firm in Manhattan and Washington DC. After several years of defending large corporate clients, Ms. Ganz commissioned as a Judge Advocate (JAG) with the U.S. Army where she won criminal cases from every strategic angle – as a prosecutor, a defense counsel, and an appellate attorney. As an appellate attorney, Ms. Ganz was the attorney of record and orally argued multiple cases in the highest military court in the nation, the Court of Appeals for the Armed Forces (C.A.A.F.) and the Army Court of Criminal Appeals. In fact, she was recognized as the “Silver C.A.A.F. Tongue” award winner for arguing the most cases in the C.A.A.F.’s 2018 term.

Court Martial Lawyer Hawaii: In her over fourteen years of practice, Ms. Ganz has litigated and won a broad spectrum of felony-level cases including, rape, online sting operation cases, sexual assault, abusive sexual contact, aggravated assault, aggravated assault with a deadly weapon, assault and battery, domestic assault, larceny, unlawful entry, burglary, child endangerment, fraud, BAH fraud, forgery, and drug use, possession, and distribution. In addition to achieving acquittals for her clients at court martials, Ms. Ganz achieves unparalleled success for her clients in other areas of military law such as GOMOR rebuttals, letters of reprimand rebuttals, investigation rebuttals, non-judicial punishment, military investigations defense, enlisted administrative separations, officer eliminations, and discharge upgrades. Ms. Ganz focuses her practice on court martials with an emphasis on military sexual assault court martials (SHARP) cases, domestic assault, and all manner of abuse charges. Her trial experience and ability to develop rapport with the panel makes her uniquely suited to be a military sexual assault lawyer defending those who have been falsely accused of military sexual assault and are fighting for their freedom.

Ms. Ganz is licensed to practice law in New York, Hawaii, and all military courts. She has been admitted to practice in the Hawaii Supreme Court, Hawaii Federal Court, the Court of Appeals of the Armed Forces, and the Army Court of Criminal Appeals. Ms. Ganz cares about her clients and their freedom and her results speak for themselves. If you are looking for a highly experienced civilian military lawyer, your search can end here.